JOHN BOKOR FINALIST IN THE DOBELL PRIZE FOR DRAWING John Bokor is a finalist in the Dobell Drawing Prize with this work titled Lounge Room in Spring 2020, charcoal, wash and collage, 84 x 100 cm.

The Dobell Drawing Prize is the leading drawing exhibition in Australia and an unparalleled celebration of drawing innovation. Presented in partnership with the Sir William Dobell Art Foundation (SWDAF), the biennial prize explores the enduring importance of drawing within contemporary art practice.

William Dobell’s love of drawing was recognised in 1993 when the Art Gallery of New South Wales established an annual drawing prize in his name, initiated by the trustees of the SWDAF. For twenty years, the annual Dobell Prize for Drawing encouraged excellence in drawing and draughtsmanship among Australian artists. John Bokor's work 'Spring' has been selected as a finalist in the National Still Life Award at Coffs Harbour Regional Gallery.

Still is a biennial, acquisitive award for artworks in the genre of still life, in all mediums. The award is open to artists at all stages of their careers.

Still: National Still Life Award seeks to highlight the diversity and vitality of still life in Australian contemporary art practice, broadening the interpretation and meaning of this enduring genre.

The Still exhibition opens on Friday 20th September 2019, with the official opening on Saturday 21st September, and runs until Saturday 16th November 2019. The judge is Rebecca Coates, Director of the Shepparton Art Museum. The Muswellbrook Art Prize began in 1958 as the Festival of the Valley Art Prize with the winning painting Death of Voss by Tom Gleghorn becoming the inaugural work in what has grown to become an excellent collection of modern and contemporary Australian painting, works on paper and ceramics from the Post War period of the 20th Century and now the first two decades of the 21st Century. The Muswellbrook Shire Art Collection was created as a direct result of this ongoing acquisitive art competition. 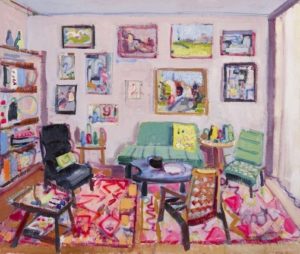 John Bokor is a finalist in the 2019 Sulman Prize, administered by the Art Gallery of New South Wales.

The Sulman Prize is awarded in the terms of the gift of the family of the late Sir John Sulman, to the best genre painting and/or mural project done by an artist resident in Australia during the five years preceding the date fixed by the Trustees for sending in entries.

'Four thirty pm is from a group of works I started making in 2017 depicting interior spaces. They are hybrid paintings of real and imagined scenes made using an airbrush and traditional painting tools. This painting took a very long time to resolve. I thought at one point in 2018 that it was finished and had it framed, only to realise early this year that it needed more work. I treated it as badly as it had me and sanded the surface down and reworked the whole painting, destroying most of what was underneath. When it was finally finished the light in the studio resembled the light in the painting. I checked my clock and it was 4.30pm' John Bokor, 2019 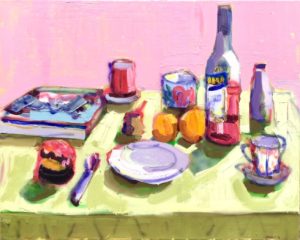 John Bokor has been awarded a highly commended in the 2018 EMSLA prize.

Now in its twelfth year, the Eutick Memorial Still Life Award comes to Wollongong to coincide with the city’s signature festival, Viva La Gong. Judged annually by critic and art historian John McDonald, the EMSLA has added prestige to the festival and increased still life’s importance as a genre in art. John Bokor is a finalist in the Kedumba Drawing Award at Orange Regional Gallery. Now in its 29th year, the Award plays a vital role in fostering the production and appreciation of drawing in Australia. Initiated by Jeffrey and Marlene Plummer in 1989, the Kedumba Drawing Award has grown steadily. Each year, the Judge is an established artist whose only guideline is “to enrich and enhance the Collection” 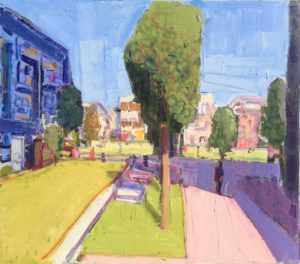