Join us for a lively life drawing workshop facilitated by contemporary artist and Queensland College of Art alumna Abbey McCulloch!

Suitable for all ages and abilities, the class will foster different ways of seeing, drawing and thinking, using observational and intuitive methods to learn and investigate ways to express their own mark making.

Drawing materials will be supplied, however participants are also encouraged to bring their own journals and media. Abbey McCulloch's work 'The Forcefield' 2019 has been selected as a finalist in the 2019 Sunshine Coast Art Prize, administered by Caloundra Regional Gallery.

The Sunshine Coast Art Prize 2019 is a national contemporary acquisitive award presented by Sunshine Coast Council. The award is open to any artist who is an Australian resident, working in a 2D medium. Forty finalists have been selected for exhibition at the Caloundra Regional Gallery and the winning work will be added to the Sunshine Coast Art Collection. 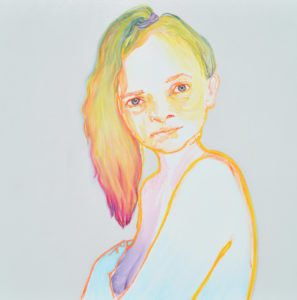 The annual prize was launched in 2017 to advance art and opportunity for emerging and established female artists in Australia. There are two prize categories, including a $35,000 prize — the richest professional art prize for women in Australia. Artwork judging will be overseen by Ravenswood Australian Women's Art Prize Patron and acclaimed artist, Jennifer Turpin, and announced at the exhibition opening on 31 May, 2019.

ABBEY MCCULLOCH AT THE GALLERY DONWTOWN FOR TWEED REGIONAL GALLERY An initiative of Tweed Shire Council, and housed within the creative hub of Murwillumbah’s vibrant M-Arts Precinct, Gallery DownTown aims to act as a driver of creative and economic development in the heart of Murwillumbah’s CBD.

Many artists within the geographical footprint of the Tweed Regional Gallery have mounted their first solo exhibitions through the Community Access Exhibition Program (CAEP) which offers a valuable exercise in professional development, and raises artists’ profiles in the regional community and beyond.

Ensemble: artists from our region at Gallery DownTown showcases the visual arts practice of 10 of the artists who have recently held exhibitions at the Tweed Regional Gallery through the CAEP.

These artworks highlight the talent of artists living on our doorstep. Many of these artists held their first solo exhibition through the CAEP and have gone on to have further successful shows. 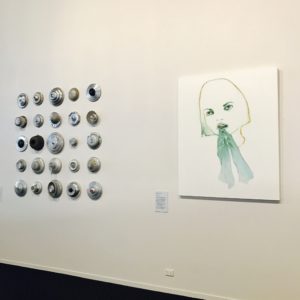 WE ARE GOLD COAST: WORKS FROM THE GALLERY AT HOTA COLLECTION

The Gold Coast is often misjudged and scorned by out-dated beliefs that it’s just surf, schoolies and theme parks.

But we know ‘The Goldie’ is driven by youthful and infectious energy; incredible natural wonders and a talented, thriving artistic community.

Featuring works from the collection, this vibrant exhibition is a visual exploration of our identity and sense of place. It provides the opportunity to contrast the ‘old’ and ‘new’ Gold Coast and documents the vibrant cultural evolution of the area. Abbey McCulloch has been awarded the Sunshine Coast Art Prize Residency for 2017. The residency is administered by Caloundra Regional Gallery and sponsored by Montville Country Cabins. 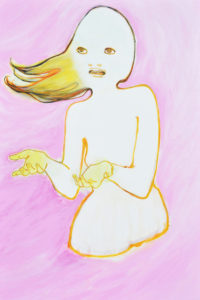 Art Enquirer is a new publication and joint initiative of the Flying Arts Artiz and IMA Art Club programs. It hosts a collection of essays written by senior students of visual arts from Queensland state and non-state high schools.

The publication is available at the Institute of Modern Art in Brisbane. 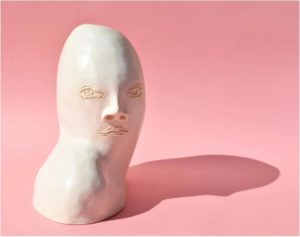 This year the award holds special significance as the Gold Coast honours the memory of Win Schubert and her extraordinary generosity, a lifelong custodian of Australian photography, art and creativity.

There is a diverse range of themes in this years exhibition from both established and emerging artists including portraiture, landscape, abstract and fashion, along with a strong representation of contemporary topics affecting twenty-first century Australians such as climate change, gender representation and shifting economic and technological landscapes.

Congratulations to Polly Borland for her winning photograph Two Heads A.

'Abbey McCulloch’s portraits articulately render the complexities of human emotion. ‘Zero’ is a series of new paintings of opaque pigments and translucent washes, reflecting on the idea that stillness is an illusive and yet essential state of being. Through her portraiture, McCulloch explores the inherent battle in what she calls ‘silencing our self-chatter’.' Like bursts from a camera shutter, Abbey McCulloch’s new series Performance at Tweed Regional Gallery captures not only the most consciously posed and poised bodies, but those moments in between that reveal the out-takes, where gestures belie the vivacious, confident woman caught only a millisecond before.

Somehow, we all know one of these fabulous creatures. She oozes with self-possession, acuity and style. She has a kind of élan, or je ne sais quoi that can be neither bought or photoshopped. With a prolonged and desiring gaze we realise that she is not one, but many women. She is composite and contemporary taste. She is a construction created by you and I, and them ‘out there’.

In this moment, McCulloch’s aim comes into sharp relief, problematising the very act of looking. She asks simply, “What do you want from her?” And in asking this question, McCulloch characterises the expectations we place on others and ourselves in the performance of everyday life.  Dr Laini Burton, 2016 The Art Life's Sharne Wolff recently posed six and a half questions to Abbey McCulloch about being a finalist in the 2016 Portia Geach prize, and what it's like to paint portraits.

Sharne Wolff: You’ve been an Archibald finalist twice and your portrait of curator and arts writer Alison Kubler Two 2016, is now showing in the Portia Geach Memorial Award. Tell us a bit about the process of making portraits.

Abbey McCulloch: Actually three times in the Archie but hey, who’s counting? They’ve all been great experiences getting to meet the subjects – even the ones that didn’t make the cut – so in some ways the motivation to have a specific encounter is behind my wanting produce a portrait at all. I think my idea of a person shapes the portrait, and playing around with that preconception is far more interesting to me than simply re-creating someone on canvas. I keep the sitting brief as there is usually something that happens in those initial moments of meeting someone that sticks with you and I don’t like to lose that feeling. There is this immediate wrestle with the person you expected in your mind and I like to play around with that. I also hope to capture some of the nerves as they’re there somewhere too – for both of us. Abbey McCulloch’s current practice has been transforming over the summer, from small ink on paper studies to large oil on canvas works.

“We seem to let more of our hidden selves bubble to the surface as we age but perhaps it is just the prickly self-consciousness of youth that dissolves away. I think that at times we all struggle with honest versions of ourselves. Perhaps that is the best part about getting older, the guard lowers, our Dobermans settle."

With this idea that we can be too careful for own good, the images explore the impossible and yet wonderful abandon in letting aspects of our hidden selves surface. Allowing the consequences to fall around us, even if for a moment. 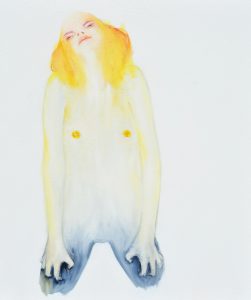 Congratulations to Abbey McCulloch who has been selected as a finalist in the Gold Coast Art Prize 2015 with her work 'Abundance'.  The winner will be announced at the Official Opening on the 5th December. Exhibition current until 31 January 2016.

Abbey's next exhibition at Edwina Corlette Gallery is in June 2016. To view available works click here. We are very pleased to announce Abbey McCulloch was a finalist in the Portia Geach Memorial Award. The Award is recognised as one of the most important celebrations of the talents and creativity of contemporary Australian female portrait painters.

The Portia Geach Memorial Award was established by the will of the late Florence Kate Geach in memory of her sister, Portia Geach. The non-acquisitive award of $30,000 is awarded by the Trustee for the entry which is of the highest artistic merit, 'for the best portrait painted from life of some man or woman distinguished in Art, Letters, or the Sciences by any female artist resident in Australia.' 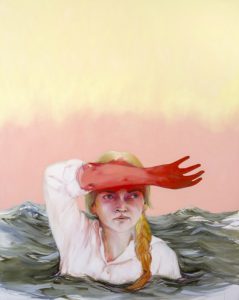 Carrie McCarthy writes, "There is a lot of water in The Shallows, which surprises me as it always does in artists’ work. Using such an obvious trope is a big risk. Art and literature are already so full of stories of rivers and beaches, and waves that overwhelm. Water as a metaphor – cleansing, baptism, renewal – the phases of human life depicted in the ebb and flow of the tide. We stay afloat, tread water, swim against the tide."

McCarthy's deeply thoughtful review of Abbey McCulloch's 'The Shallows' can be found here. In an interview with DAILY IMPRINT, Abbey says: “I have just always loved communicating through images for as long as I can remember. Drawing was just something that I had to do, in a compulsive and almost therapeutic sense.”’ See here for the full interview.